After several visits to Virginia’s wine country, I decided it was finally time to cross the state line to experience Maryland and the growing wine industry for myself. I’ve repeatedly had my sights set on a visit, but for whatever reasons, always ran out of time. Thankfully, I followed through and jumped on the Frederick Wine Trail. Our first stop, and the focus of my post tonight is Elk Run Vineyards. Located in Mt. Airy, Maryland and situated in the rolling hills of Frederick County, the winery has two vineyards totaling 24 acres. 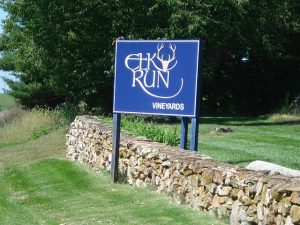 Elk Run offers two tastings, a featured flight of 6 wines for $5 OR your choice of 6 wines for $8. I opted for the latter, considering I had already zeroed in on a few wines prior to my visit. My lineup included 2 whites and 4 reds. Up first, the Cold Friday Chardonnay, was fermented in stainless steel and aged in French oak. A full-bodied Chardonnay with vanilla and oak notes. The second wine, a 2008 Gewürztraminer, took first place for the whites and is a consistent winner for Elk Run. The 2009 Winemasters Choice gold medal winner, the Gewürztraminer firmly cements Maryland’s place on the wine map. Bravo. 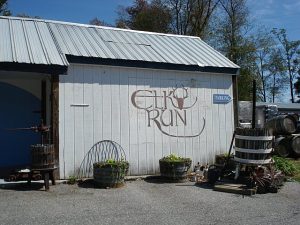 For the reds, the 2007 Cold Friday Cabernet Franc and Cabernet Sauvignon were the runaway winners. The Cab Franc is a spicy, peppery wine that can stand alone or pairs well with food. The Cabernet Sauvignon ($25) was my wine-of-the-day and will be featured later this week in a separate post. Stay tuned.

If you haven’t visited a Maryland winery, what are you waiting for, just do it! I promise, you won’t be disappointed.

Click here to vote TheOther46.com as your favorite wine blog!